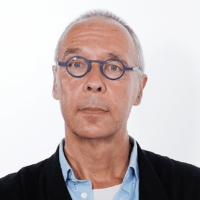 Mr. Koll has been researching and investing in Japan since becoming a resident of the country in 1986. Over the past two decades, he has been recognized as one of the top Japan strategists/economists, having worked as chief strategist and head of research for major US investment banks JP Morgan and Merrill Lynch. He currently serves as expert director for the Monex Group and the Japan Catalyst Fund investment committee. His analysis and insights have earned him a position on several Japanese government and corporate advisory committees, including Governor Yuriko Koike’s Advisory Board.

Mr. Koll serves as Board Director of the Okinawa Institute for Science and Technology and is a founder of the Asia Society Japan and heads their Policy Committee. He is one of the few non-Japanese members of the Keizai Doyukai, the Japan Association of Corporate Executives, and has written three books in Japanese. In 2021, he created the video/pod-cast series “Japan - Capitalism That Works.”

He has a masters degree from the School of Advanced and International Studies at Johns Hopkins University and was a research fellow at both Tokyo University and Kyoto University. He is a graduate of the Lester B. Pearson College of the Pacific.

Does Every Company Need a Human Economist?

“The Future Had Better Be Ethics Driven”

Jesper Koll: Be Optimistic about the Japanese Economy

With Jesper Koll
Mr. Jesper Koll, the Japan Director of Research at JP Morgan, tackled "Abenomics" as a real game-changer for Japan.

Mr. Jesper Koll, the Japan Director of Research at JP Morgan, tackled "Abenomics" as a real game-changer for Japan.

Talking (or Not Talking) about the Hard Issues of Fiscal Sustainability

Globalization: To Do It Right You Need to Understand It

The Linear Economy vs. a Circular Economy: Models for a Green Future

The Value of Data: Is Data the New Oil?

The Circular Economy, Your Business, and Your Future

The Social Contract and Erosion of Society

The Future Holds More Unemployment, and Our Only Defense Is Universal Basic Income